Welcome to the Experience

Keram creates his own unique style of music to reflect the eccentric life he has lived. Known not only as an electric frontman with such bands as Blue Dog Pict, Automated Gardens, Project: Ribcage and his own solo act, he is also a well known Hollywood actor who has appeared in over 50 films & TV shows including Punisher: War Zone, John Q, Texas Chainsaw 3D, 24, Buffy The Vampire Slayer, CSI and True Blood.

His new record "Come to Life" is a 10-song tour de force showcasing his range as a musician - from country swagger to glitch electro, Americana to 70's piano ballads. The album, which was successfully crowdfunded to 155% of its target also features blistering solos and guitar work by Rock n Roll Hall of Fame inductee and guitar legend Alex Lifeson of RUSH, among 30 other world class musicians Keram brought along for the journey.

Check out the new record - Come to Life!

Buy album
View on Bandcamp
BANDCAMP EXCLUSIVE! Get a mobile friendly version of the 16-page liner notes and lyrics + amazing art by some of LA's top pop surrealism artists with your album purchase!

Canadian musician Keram, an accomplished film and television actor, is an out-of-the-box artist. His new album, Come To Life, executive produced by Rush guitarist Alex Lifeson,
BANDCAMP EXCLUSIVE! Get a mobile friendly version of the 16-page liner notes and lyrics + amazing art by some of LA's top pop surrealism artists with your album purchase!

Canadian musician Keram, an accomplished film and television actor, is an out-of-the-box artist. His new album, Come To Life, executive produced by Rush guitarist Alex Lifeson, is a sprawling, other-worldly rock adventure that took an army of about 30 musicians, whose collective credits include Coheed & Cambria, Zappa Plays Zappa, Edwarde Sharpe and the Magnetic Zeros, Mary Margaret O’Hara, and of course Rush.

The 10-song opus is an unpredictable hybrid of Americana, new age, electronica, roots, rock, theater, experimental, jazz, pop, and then some. It ends with the 21-minute title track.

Recorded in Toronto and LA, Keram chose the musicians for their improvisation skills, including Lifeson who appears on “Devil Knows Me Well,” “Mary Magdalene” and “Moving Dark Circles.” The album was mastered by Andy Vandette (Rush, David Bowie, Dream Theater) and “Mary Magdalene” was mixed by Rich Chycki (Rush, Dream Theater, Aerosmith).

As an actor — who has appeared in the films American History X, Punisher: War Zone, Irvine Welsh’s Ecstacy and Texas Chainsaw 3D and TV shows True Blood, The Mentalist, Saving Grace and The L Word — Keram (last name Malicki-Sanchez) brings that expression to his music too, writing from other people’s perspective — despicable, pompous, even the opposite gender.
Read more…
0:00/???

Where To Buy "Come to Life"

Painting: The Devil and Robert Johnson by Nicola Verlato featured in the liner notes for "Come to Life"

Other digital stores where you can get Come to Life:

Keram Interviewed by Kevin Press about Music Making on The Moderns

"Keram Malicki Sánchez is a musician, vocalist, actor, virtual reality evangelist and much more who calls LA home these days. He and I first connected in 1992, when his band Blue Dog Pict released an extraordinary disc entitled Anxiety of Influence: A Nodding Into. Like Keram himself, the band – and that album in particular – challenged listeners with a far-reaching, multimedia package of offerings that sought to use our interest in what we called alternative music in those days as a kind of artistic…

This huge journey, which began with a humble IndieGogo crowdfunding campaign, and took us from the warehouse recording session in downtown LA with NASA mic engineer Jason Achilles to the industrial production stages a year later…

My new film score goes live in the US today.

This was quite an undertaking. I was hired on to a Lifetime movie about domestic violence. I knew it would be emotionally heavy going in. But the network also wanted to pivot from their traditional piano and tines scores to something more experimental and edgy. We referenced Atticus Ross/Trent Reznor, Gorecki, Arvo Pärt, and deep ambient experimental drones.

The result airs August 1st, 2020 in the US at 8pm on Lifetime Networks.

I hope you dig it.

The new studio single "That Light" has gone out to all the IndieGoGo Backers, and will be commercially released May 1st 2020! 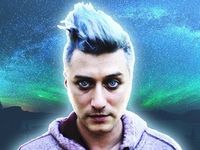 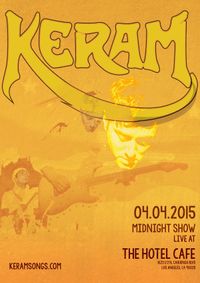 Keram plays a rare set at Hollywood' world famous Hotel Cafe where he originally developed the songs for his albums "Box" (2008) and "Come to Life" (2014). 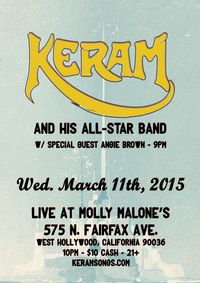 Keram plays the Los Angeles record release for his album "Come to Life" at Molly Malone's with full all-star band: 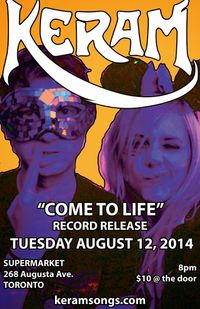 Keram is joined by Aimee Lynn Chadwick, Pete Devlin, Steve Costello, D'Arcy McGuire and Ryan Brown for a dazzling night of music to launch his new album "Come to Life"

Special guests poet "Schram" and DJs Boris and Alvaro fill out the night. 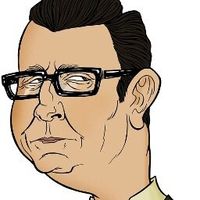 Keram will be live on air with amazing pop culture host @RichardCrouse - CFRB 1010 AM talk radio in Toronto to talk about movies, society and the new record "Come to Life"